We reply to all questions within

Texas Regional Clinic|Regenerative Medicine is a company committed to improving the life of those suffering from chronic pain, sports injuries, arthritis, difficult to treat wounds and even the signs of aging.

Texas Regional Clinic|Regenerative Medicine is dedicated to providing quality healthcare services for the community, through advanced technology and state-of-the-art equipment while ensuring that every patient receives the highest degree of care and compassion.

Dr. Dani Bidros grew up and attended school in Lafayette, Louisiana. After obtaining top honors at the University of Louisiana at Lafayette, he began medical school at the Louisiana State University School of Medicine in New Orleans.

Early in medical school, he became intrigued with neuroscience, and began his pursuit to becoming a neurosurgeon. He completed his intern year in General Surgery residency at Charity Hospital in New Orleans which provided him with the knowledge and skills to treat critically ill patients. After completing the internship, he began his neurological surgery training at Louisiana State University in New Orleans, rotating at both Charity Hospital and at the Ochsner Clinic Foundation. He was trained by the esteemed Neurosurgery and Harvey Cushing Medal recipient Dr. David Kline. His training in his home state was cut short however by Hurricane Katrina. During the storm, Dr. Bidros spent six days at Charity Hospital caring for patients and helping in the relief efforts.

He resumed and completed his neurosurgical training at the Cleveland Clinic Foundation, training under the top professors in the field of Neurosurgery. He completed a combined Orthopedic and Neurosurgical Surgery Spine Fellowship at the Cleveland Clinic under the guidance of Dr. Ed Benzel, Dr. Iain Kalfas, and Dr. Richard Schlenk. During the one-year fellowship he gained experience in the latest techniques of complex spine deformity and spine oncology.

After mastering his Neurosurgical skills for two years in Princeton, New Jersey, he and his family decided to relocate back to Louisiana. For Four years, Dr. Bidros practiced neurosurgery and provided excellent and compassionate care to the people in the community. 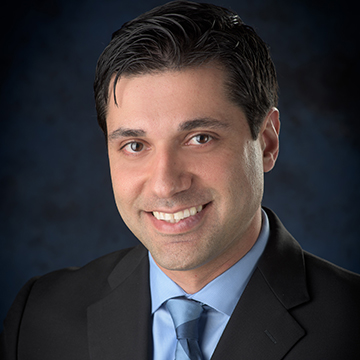